Whenever I sit down with a couple to plan their wedding, I always ask if there’s a particular Scripture passage they’d like to include as part of the ceremony. The two most common answers (if they have one!) are Genesis 2 (about “leaving and cleaving”) and — not surprisingly — 1 Corinthians 13. It’s come to the point where I’ll preach on the latter text anyway, whether they request it or not. 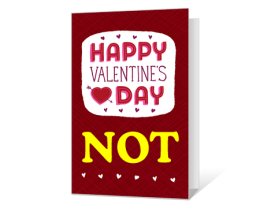 But this year, I’ve had some interesting conversations with couples who seem a little skeptical about including Paul’s words about love. It’s as if they’ve only heard the passage used in sentimental ways, and don’t want their wedding sermon to be based on something written for the inside of a Hallmark card.

That’s a pity, because Paul is being anything but sentimental. He is speaking prophetically to a troubled congregation. The Corinthians are in dire need of transformation, both inside and out — a change of heart, perspective, and behavior. What Paul writes, therefore, is tough pastoral counsel, not love poetry.

Try this experiment. Read 1 Corinthians 12 out loud, but skip the last phrase about a “better” or “more excellent way.” Skip chapter 13 entirely, and the first phrase of chapter 14; pick up with “Strive for the spiritual gifts” (14:1, NRSV). If you read it in this way, there is a clear, continuous argument in which Paul is responding to their concerns about spiritual gifts. Right?

So here’s the question: why chapter 13? Why does Paul interrupt the argument to talk about love?

If you can’t give a good answer to that question, you probably don’t understand what chapter 13 is about.

Paul didn’t write chapter 13 because he was distracted daydreaming about his girlfriend. In chapters 12 and 14, he is trying to answer a question about spiritual gifts. The question is legitimate, but not neutral. Reading between the lines of Paul’s letter, we can guess that the Corinthians aren’t just asking for information; they’re asking for selfish reasons, to win an argument. On the surface, the theological question is about which spiritual gift might be the best one to have — but just underneath is the social question about who has bragging rights.

Paul doesn’t dodge the question. The Corinthians seem to value the gift of tongues above all (making those with the gift into a kind of spiritual elite), while Paul prefers prophecy. Before giving that answer, however, he makes sure to emphasize the importance of unity by describing the church as one body in Christ, made up of members with different gifts (chapter 12). And he’s careful to insist that prophecy is superior because of its role in building up the church (e.g., 14:5).

But imagine with me what might happen if we only had what Paul wrote in chapters 12 and 14 (and sadly, what could still happen even with chapter 13 included!). It’s a bit like Peter asking Jesus, “How many times do I have to forgive my brother? Seven?” and Jesus responding, “No, not seven, seventy-seven (or even seventy times seven)” (Matt 18:21-22). Jesus’ point is that Peter should stop counting altogether, but if Peter were stubborn enough, he could respond, “Seventy seven? Wow. But at least I have the right number now. I’ll keep track, and if someone reaches 78 — God help ’em!”

Similarly, with Paul’s response, the gift of prophecy could become the gold standard in a way that leaves the Corinthians’ underlying arrogance and social-climbing attitudes completely unchanged. What they need is a clear message that says, “And before I actually tell you what I think is the greatest of the gifts, let me tell you what’s more important than any of them: love.”

Love, in other words, is the more excellent way. It is the true mark of the kind of spirituality that matters, over and above any particular gift. And it’s the corrective to every self-centered attitude and behavior to be found in the church.