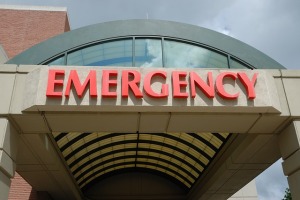 You’re at work, taking care of business. Suddenly, your phone chirps: you’ve just received a text message. Someone close to you — a spouse, a parent, a child, a best friend — is gravely ill and may not make it.

What do you do? If you love them, the answer is obvious.

You ignore the message and go back to work.

Well, okay, maybe that’s not what you’d do. Maybe you’d drop everything, tell your boss that there’s an emergency, and rush to your beloved’s side. Better.

But then we read this odd story about Jesus:

Now a certain man was ill, Lazarus of Bethany, the village of Mary and her sister Martha. Mary was the one who anointed the Lord with perfume and wiped his feet with her hair; her brother Lazarus was ill. So the sisters sent a message to Jesus, “Lord, he whom you love is ill.” But when Jesus heard it, he said, “This illness does not lead to death; rather it is for God’s glory, so that the Son of God may be glorified through it.” Accordingly, though Jesus loved Martha and her sister and Lazarus, after having heard that Lazarus was ill, he stayed two days longer in the place where he was. (John 11:1-6, NRSV)

Wait, what? He heard that there was an emergency and stayed put for two days?

John seems to make a point of saying that Jesus specifically loves Lazarus, Mary, and Martha individually. But Lazarus is deathly ill. So the sisters send a message to Jesus, who is about a day away, on the other side of the river Jordan (John 10:40). They want him to come: who else could possibly help? But they don’t ask directly. They tell Jesus that the one he loves is sick. They figure Jesus will get the hint.

Or, to be more fair: Lazarus dies, because by the time Jesus actually gets the message, it’s too late. John doesn’t do the math for us, but we can. Let’s say the sisters sent word on Monday, and it reached Jesus by Tuesday. He delayed leaving until Thursday and reached Bethany on Friday. And by that time, Lazarus had been dead for four days (vs. 39).

In other words, Lazarus probably died soon after Mary and Martha sent out their plea, certainly before Jesus could have received the message and made the trip back. And Jesus knew it. He knew Lazarus was dead without having to be told.

Apparently, however, he didn’t tell the disciples for a couple of days. Who knows what they were thinking when Jesus received the message and didn’t return?

But even if Lazarus was already dead, why didn’t he go right away, to comfort the family? Why wait? For that matter, he could have known that Lazarus was ill and prevented his death. Indeed, the very first thing that Martha and Mary each say to Jesus upon his return to Bethany implies as much: “Lord, if you have been here, my brother would not have died” (vss. 21, 32). And they’re not the only ones who think this (vs. 37).

There’s no question that Mary and Martha both believe in the power of Jesus to heal. They also believe in his love.

They’re just not sure about his timing. Where’s the miraculous healer when you need him?

And perhaps we too are caught up in the same doubt. Haven’t we reached out in faithful prayer, only to wait for what seemed like an eternity for an answer? Why the delay?

In this story, at least, it’s because Jesus is about to reveal God’s glory in way they can’t yet imagine.