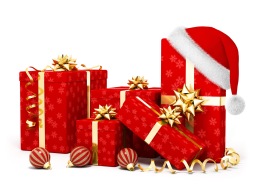 We’re not even halfway through the year yet, and I’m already thinking of Christmas.

No, not Matthew’s story of Herod and the wise men.

Not even Luke’s story of Bethlehem and shepherds and angels.

Rather, it’s John’s story that captivates me, the story of the Incarnation: “And the Word became flesh and lived among us, and we have seen his glory, the glory as of a father’s only son, full of grace and truth” (John 1:14, NRSV).

In his lead-in to the story of Jesus, John has already introduced us to the eternal Word of God through whom all things were made. But it’s not until we get to the end of his prologue that he specifically and explicitly identifies this Word with the man Jesus.

The eternal, life-giving Word became “flesh,” John tells us. It’s a rather crude way to put it. He might have said, “The Word took on bodily form.” That would have matched the more ethereal language he’s been using. Instead, he says something perilously close to “The Word became meat.” That’s earthy. Concrete.

But perhaps that’s the point. The Word took on a human body, this mortal stuff that we have to feed and clothe, the stuff that bruises and bleeds, that dies.

And the Incarnate Word didn’t go hide in a corner somewhere, but “lived among us.” It’s easy to take that phrase for granted: Well, of course, he lived among us. What else would he do? But of the possible words John could have chosen for “lived,” he used one that means “to pitch one’s tent.”

It could be that John just meant “lived,” with no special associations intended. But then he talks about seeing God’s glory, God’s visible presence. How can we not think of the tabernacle in the wilderness?

Think about the significance of John’s words. We are wanderers all. And the Word took on human flesh to tabernacle among us.

Is that not already grace?