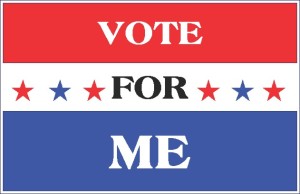 In America, things always get a little ugly in an election year. And this year, perhaps, is a little uglier than most.

I’ve sometimes wondered what moral price candidates pay — particularly Christian ones — by running for political office. In a media driven age, what once was real conversation and debate was first reduced to sound bites, and now to tweets. Humility might be nice, but it won’t get you elected. And I imagine that some candidates, who enter the race for well-meaning ideological reasons, soon find themselves making compromises they hadn’t intended, just to chase that elusive uptick in the polls.

While reading N. T. Wright lately, I was reminded that John the Baptist, fiery preacher that he was, would not have made a very good politician.

John is baptizing somewhere beyond the Jordan River. A delegation of Jewish leaders arrives from Jerusalem. They’ve heard of John’s ministry, and are probably concerned about his drawing too much attention from the Empire. Moreover, the idea that he would be baptizing Jews is distasteful. Gentile converts to Judaism might be baptized (and the men circumcised) to cleanse them from their impurity. But why baptize Jews?

Who does this guy think he is?

John answers their question before they even ask it: “I’m not the Messiah” (John 1:20). Cross that one off the list.

“Well, all right then, who are you?” the delegation responds. “Are you Elijah?” Elijah, after all, whose status as a prophet was second only to Moses, hadn’t “died” in the usual way. He was taken up bodily to heaven by a whirlwind (2 Kings 2:11) and expected to return (Mal 4:5).

In this game, they only get three guesses. “Then are you the Prophet?”

“The” Prophet, not just “a” prophet. John was obviously a prophet of some kind, but was he the one that God had long ago promised to send (Deut 18:18), the one who would be like the second coming of Moses?

“Nope.” Three strikes and out.

“Then who are you? We’ve been sent to get an answer, and we’re not leaving without one.”

In this gospel, everything John does points away from himself to Jesus. He is a public figure with a “successful ministry.” But he knows his place in the story. His role is important, even crucial. But he’s not the main character, nor does he aspire to be. It’s all about Jesus — and compared to him, John sees himself as lower than the lowliest of slaves (John 1:27).

That doesn’t make John a pushover or a wallflower. The humility of knowing your place is compatible with having a powerful message and presence. No one from the Jerusalem delegation would have considered John a pansy. But they came to him concerned about the impact of his ministry on their own security and influence.

We understand that, don’t we? We’re worried about our own piece of the pie, sometimes even angling for a larger piece, supposedly for the good of the kingdom.

And then we read about a man who came preaching the good news of the kingdom, knowing that his job was to decrease in influence rather than increase (John 3:30). What should we do with him?