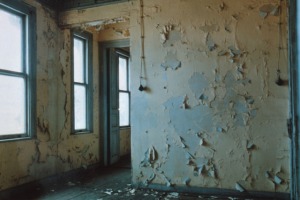 When it comes to house projects, people have very different ideas about the phrase, “do it yourself.” A wall, for example, can be in a terrible state of disrepair. What to do? Demolish it down to the studs and start from scratch? Or just throw a coat of paint on it and call it a day?

A lot of folks would opt for the latter. “Do it yourself” only gets done if you keep the “it” simple. There are only two things in their toolbox that they really use: a paintbrush and a roll of duct tape. If it can’t be done with one of those two, somebody else is going to have to do it.

More die-hard DIYers might scoff. But here’s the real question: is our approach to the spiritual life equally superficial?

As we saw in the previous post, Paul found himself standing in front of the Sanhedrin, for what we might call a preliminary hearing. The meeting had been ordered by Claudius Lysias, the Roman tribune whose needed to find out why the mob in the Jerusalem temple had tried to kill him. After the barely averted disaster of trying to interrogate Paul by the usual Roman methods, the tribune thought to get the ruling council itself to do his investigation for him.

If Lysias had hoped that this new plan would solve his problems, he was to be quickly disappointed. There was trouble right from the start:

Paul stared at the council and said, “Brothers, I have lived my life with an altogether clear conscience right up to this very day.” The high priest Ananias ordered those standing beside Paul to strike him in the mouth. Then Paul said to him, “God is about to strike you, you whitewashed wall! You sit and judge me according to the Law, yet disobey the Law by ordering that I be struck.” Those standing near him asked, “You dare to insult God’s high priest?”Paul replied, “Brothers, I wasn’t aware that he was the high priest. It is written, You will not speak evil about a ruler of your people.” (Acts 23:1-5, CEB)

Paul began, sensibly enough, with a declaration of his innocence. He wasn’t claiming to be sinless, only to have been an obedient Jew. Who knows what else he might have said, given the chance. But Ananias, the high priest, immediately ordered Paul to be struck in the mouth. Although Luke doesn’t say, I imagine this to be a demeaning blow dealt with the back of the hand.

As high priest, Ananias had a reputation for brutality and corruption, making him a perfect fit with his Roman overlords and unpopular with his own people. Indeed, when war broke out later between the Jews and the Romans, Ananias was assassinated by Jewish Zealots for collaborating with Rome. Having Paul struck was in keeping with his character. But why did he give such an order in the first place? He would have known, as Paul did, that such a command was out of line.

Different answers have been suggested. But whatever rationale he may have given on the surface, I imagine the basic issue was one of power — he was punishing Paul for having the cheek to stare down the council and speak so boldly. And if Lysias was anywhere nearby, so much the better. Ananias would show the tribune that he was comfortable acting like a Roman.

You know what they say: When in Jerusalem, do as the Romans do.

In response to the backhanded blow, Paul, never the wallflower, cursed.

To the horror of everyone else in the room, he called Ananias a “whitewashed wall.” The image is one of a tottering or crumbling wall that needs serious structural work but gets only a face lift. Paul’s words echo the way Jesus sometimes castigated the scribes and Pharisees for their hypocrisy.

I imagine the room fell silent for a moment, as the council members held their breath and exchanged glances. Did I hear that right? Did he just call the high priest a hypocrite?  Then the silence was quickly broken as they called Paul on his own seeming hypocrisy: You, Mr. Clear Conscience, dare to curse the high priest?

Paul, of course, was right — but to his credit, he immediately backed down and apologized. He knew, even if no one else in the room did, that the gospel itself was on trial. He had tried to connect with his compatriots on the basis of being an observant Jew, and could not afford to be perceived as a disrespectful upstart.

By apologizing, therefore, Paul demonstrated that he was not a hypocrite, knowing that there would be no possible audience for the gospel if he did not.

And notice: nobody replied, “How can you not have known he was the high priest?” We’ll address that question in an upcoming post.