One of the best known hymns of all time is “Amazing Grace,” written in the late 18th century by an Anglican priest named John Newton:

Amazing grace, how sweet the sound
That saved a wretch like me!
I once was lost, but now am found;
Was blind, but now I see. 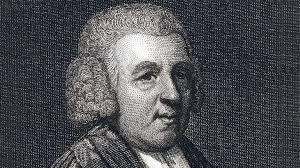 Newton had a complicated relationship with God. Born in London to a shipmaster father, sailing seemed to be in his blood. He was a famously rough character. Forced against his will to serve in the Royal Navy, he tried to desert and was severely punished. He eventually fell in among slave dealers, and for a time, was a slave himself before being rescued and having a conversion experience on his way back to England.

It would be several years before he would withdraw from the slave trade. He would eventually be ordained as a priest, and later stand alongside William Wilberforce as an abolitionist. But it was during his years as a parish priest that he penned the poem that came to be known as “Amazing Grace.”

The themes of being lost and then found, blind and then suddenly able to see, can of course be found in the gospels. One thinks of the parables of lostness in Luke 15, including that of the Prodigal Son, as well as Jesus’ many miracles of giving sight to the blind. Newton’s lyrics, in other words, needn’t be taken as an autobiographical reflection on his own life as a slave trader.

But the words would certainly be appropriate to describe his eventual conversion.

And they would apply equally well to the conversion of Saul of Tarsus.

Saul, as we have seen, was stricken blind in his encounter with the risen Jesus, whose followers he had been persecuting so zealously. He remained sightless for three days, and had to be led by the hand wherever he went (Acts 9:1-9).

His physical blindness was emblematic of his spiritual blindness. I find it interesting that even as he sat in darkness in a house in Damascus, the Lord communicated to him through a vision rather than just a voice (Acts 9:12); his eyes may have been covered with scales, but he was capable of a renewed spiritual sight, an ability to see the truth. And for those three days in Damascus, he had plenty of time to ponder how wrong, how lost, how blind he had been.

Imagine, then, that man, now called Paul, confronting Elymas (or Bar-Jesus) the sorcerer in Acts 13. The words sound unflinchingly harsh: Elymas is a deceiver and manipulator, a child of the devil and an enemy of all that is right (vs. 10). Paul pronounces the judgment of God upon him: “Listen! The Lord’s power is set against you. You will be blind for a while, unable even to see the daylight” (vs. 11, CEB).

But somehow, I cannot imagine Paul saying these things in a high-handed fashion.

Paul continued to rue his former days of blindness as a persecutor of the church (e.g., 1 Cor 15:8-9). Surely, the spiritual significance of Elymas’ punishment could not have been lost on him. There is even a hint of grace in the judgment: Elymas will be blind, but only “for a while.” What might Paul have been thinking as he watched Elymas grope about for someone to lead him by the hand, as he himself had to be led into the city of Damascus?

If we are to sing Newton’s hymn rightly, it must be with humility, with astonishment at the amazing grace of God. Whether we like to think about it or not, we have all been lost. We have all been blind. If the truth be told, our spiritual vision is still far from 20-20. In some ways, we may “know better,” and for that, we should be grateful. Yet we don’t know everything we should know, nor do we act consistently on what we do know.

We misread Paul if we see his conversion as simply redirecting his zealous anger at a new target. That’s not to say that he’s incapable of thundering with the best of the prophets of old. But this is a man whose heart was broken with repentance then restored to wholeness by grace and gratitude. This is a man whose whole understanding of righteousness was turned inside out by an encounter with Jesus.

That should make us pause before getting on our spiritual high horse, even about the most important matters. Yes, sometimes difficult things need to be said. But can we say them from the perspective of one fully steeped in amazing grace?

One thought on “Blind and lost”

This site uses Akismet to reduce spam. Learn how your comment data is processed.