I’ve never liked my name. I’m guessing many of you don’t care for the name you were born with either.

Had I been born in this century, things would have been different. “Cameron” is actually a popular boy’s name now. But back then, no one knew what to do with it. In middle school, my medical records got misplaced, because someone filed them under C, thinking my name had to be “Lee Cameron” instead of the reverse. (I have to admit, that would actually be a great pen-name if I ever decide to start writing detective fiction.)

And I had to endure a lifetime of people who either couldn’t remember or couldn’t pronounce the name. “Carmen” was the most popular mistake. But I got everything that began with a hard K sound and ended with an N. Kevin. Calvin. Coleman.

And then there was an elderly co-worker (he was probably the age I am now) who insisted on calling me “Henry.” Where did that come from?

No clue. I just let it go. It was too embarrassing to keep correcting him. 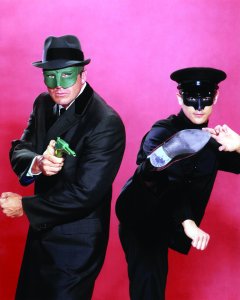 To be fair, it could have been much, much worse. Before I was born, my mother actually toyed with the idea of naming me “Bruce.” (I’m not making this up.) At the time, no one in America knew who Bruce Lee was; he was still a teenager. But by the time he made a big splash as Kato in the television series The Green Hornet,  I was nine years old.

Can you imagine being a short, chubby, nine-year-old Chinese kid named “Bruce Lee” growing up in a predominantly white suburb?

Right. Other kids would have tried to drop-kick me all the way to the bus stop.

Why this personal reminiscence about names? Because in Acts 13, Luke makes what seems like a sudden shift, and does so without explanation. Whereas before, Luke had referred to Saul of Tarsus as “Saul,” he now calls him by his Roman name, “Paul,” and does so for the remainder of the book. Why?

This certainly isn’t the first time Luke has given us people’s alternative names. Joseph of Cyprus is known by his nickname, Barnabas (Acts 4:36); John is also known as Mark (Acts 12:25); Simeon is called Niger (Acts 13:1), and the magician Bar-Jesus is also known as Elymas (Acts 13:6-8). Much of this is the consequence of people of different backgrounds having to live and do business in a world dominated by the Roman Empire.

“Paul” (or “Paulus”) was probably Saul’s Roman nickname (or cognomen). At this point, Luke’s story shifts to make the mission to the Gentiles the central theme, so it makes sense to use the name by which Saul/Paul would have been known in the Gentile churches.

There may be an additional element, though. Although “Saul” would have been an honorable name among the Jews (and particularly among the Benjamites, who counted King Saul as one of their own), that name might not have played well in a non-Jewish context. One commentator has argued that to a Greek-speaking person, the word saulos might have suggested… how can I say this… the way a “lady of the evening” might sashay alluringly down the sidewalk.

I get it. It would be a bit like me becoming a missionary to a Spanish-speaking country, where camarón means “shrimp.”

In that case, I’d probably want a nickname too.