RELATIONSHIP QUESTIONS (#30 in a series)
To access previous posts in the series, use the “Relationship Questions” link under “Categories” and the “Older Posts” button.

I want to be more loving. But I’m in a relationship with someone who can be abusive. Is it unloving to have boundaries?

Let’s start with this. There was nobody more loving than Jesus. As he once said to his disciples, “No one has greater love than this, to lay down one’s life for one’s friends” (John 15:13) — not to mention his enemies (Rom 5:8-10), including those who nailed him to the cross (Luke 23:34). One might conclude from this that those who would follow in his footsteps are supposed to patiently endure anything and everything the world can dish out.

At the same time, however, Jesus was anything but a passive victim. Nor did he have a death wish, in the sense of wanting to be crucified (Matt 26:39). His ministry of compassion got him into trouble with the religious establishment, as did his willingness to confront them on their hypocrisy. He knew they wanted him dead, but refused to back away from what he had come to do.

Thus, while Jesus died sacrificially, he took a firm and unwavering stand against injustice and unrighteousness in his life and ministry.

Similarly, discipleship entails standing for what’s right, not lying down and submitting to any and every evil. We may have to suffer for proclaiming the gospel, but that’s not the same as letting abusive people have their way. True, Jesus let himself be nailed to a cross — but that was part of his mission. His enemies had tried to kill him before, but he only allowed it when the time was right, on his and his Father’s terms, not theirs.

And he never put up with their nonsense.

One of the common characteristics of abusive relationships and systems is the manipulation of shame. People will try to make you believe that you’re being a bad person or a shoddy Christian if you don’t do what they say. The gospel of grace gets perverted back into a religion of rules and performance.

Sadly, it works. There are any number of reasons why we might already wrestle with shame and a sense of inadequacy or unworthiness. Abusers sense that vulnerability, and use our need to prove ourselves to get us to do their bidding. 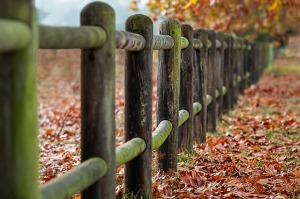 We need to know clearly what we will or won’t do, and why. And let’s be realistic: how will we experience the relationship if we don’t have good boundaries? Anxiousness to please? Fear of failure? Loathing? Any of these are possible, and more.

But probably not love.

It’s right and good to have appropriate boundaries in a relationship. But we also need to avoid taking this to defensive extremes. To some extent, the word “boundaries” is still a bit trendy, in the way that we used to speak of people “invading our space.” Because of its popularity and acceptance, the word can be self-justifying. “Gotta have boundaries,” we might say, and everyone is supposed to nod knowingly in agreement.

It’s true that many of us need to learn when to say no. But the flip side of that is that we must also learn when to say yes, in the name of love. There is no simple formula for this, and we may need to seek the guidance of a wise, gospel-saturated community of friends.

So, no, it’s not inherently unloving to have boundaries. Indeed, sometimes the most loving thing we can do is to take a stand against injustice, as Jesus often did with his enemies. Love is not the same as passivity in the face of manipulation and abuse.

Just don’t forget the continuing challenge: we must learn to love our enemies, even as we take a stand.