In some ways, I’m a pretty public person, as a teacher with a writing and speaking ministry. But I’m also an introvert by nature. A fairly strong one, in fact. I’ve learned to adapt to the demands of my role, the vague (and sometimes not so vague) expectation that I should be more extraverted and outgoing (and yes, I spell “extravert” with an “a”). At the end of the day, however, when I’m done being public, I need time alone to recover the energy I’ve expended.

That’s typically how it is with introverts. And it’s perfectly normal. 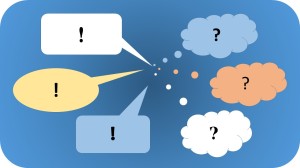 Maybe that sounds defensive. I don’t mean it to be. But introverts appear to be in the minority (and typically don’t draw too much attention to themselves anyway). Extraversion is often the expected norm. Someone who doesn’t readily volunteer his or her thoughts and opinions may be labeled “shy,” leaving others to wonder how that poor soul came to be that way.

And sometimes, extraverted norms play out in the church, too, even in the context of worship.

A believer may encounter culture shock moving from one church to another. If you were raised in an emotionally buttoned-up liturgical tradition and a friend invites you to a more charismatic church, you might suffer a kind of worship whiplash. But make no mistake: there are extraverts in high-church congregations and introverts in Pentecostal ones. The question is whether the spoken and unspoken norms of those congregations leave some worshipers feeling like there’s something wrong with them.

As an introvert, I’ve encountered situations like the following. An outgoing preacher is on fire in the pulpit, and thrives on the emotional energy generated by the response of the congregation. (I get it: even as an introvert, I find it harder to maintain my enthusiasm when I’m in the pulpit and have a sea of silent, expressionless faces staring back at me.) The preacher makes an impassioned point — and the room remains silent. “Come on, people!” the preacher shouts, as if to wake people up from their spiritual slumbers. And however it gets said, the message is: If you love God, if you love Jesus, if you really are here to worship, then show it. Respond. Clap your hands. Shout “Amen.” Do something.

And at that moment, the introverts in the room may actually be taken out of the flow of worship and thrust into a self-reflective mental loop: Is there something wrong with me? Am I not worshiping the way I should be?

Let me be clear: there’s nothing intrinsically wrong with outward signs of devotion and enthusiasm in worship, provided that these are genuine expressions and not done to impress others with our spirituality (e.g., Matt 6:1). Indeed, I sometimes go against my own grain and raise my hands in worship, because I find that forcing myself out of my comfort zone paradoxically frees me from self-concern.

The point, however, is this: the more introverted believers among us may be deep in worship, but without any immediate outward signs. They may be deep in self-examination; they may be pondering the mysteries of God. But they probably won’t be shouting or raising their hands. The most you might get is a slight nod of the head.

And you’d have to be watching pretty carefully to see it.

Bottom line, the church must be a place that recognizes and welcomes such differences without creating, even if unintentionally, an implicit pecking order of who’s really worshiping and who’s not.

Preachers, there’s nothing wrong with wanting more of a response from the congregation. Please, though, just remember: the response that really matters is the one that comes after the service is over, in the way that people live out their calling to embody the gospel.