Timeless truth vs. cultural relativism.  Every so often, we stumble over something in Paul’s letters that seems odd, quaint, or even offensive, prompting some to insist, Surely that doesn’t still apply to us today!  Others, in response, insist on the absolute and timeless truth of Scripture: if the Bible commands it, we need to do it.  And if that weren’t confusing enough, we find ourselves being either absolutist about our relativism, or relativist about our absolutism.

We should begin by reminding ourselves of what even a casual reading of Paul should reveal: these letters really are letters, not doctoral dissertations in theology.  That’s not to say there is neither artistry nor theological argument involved.  But Paul writes as a pastor dealing with concrete issues arising in local congregations, when the Christian movement (especially among Gentiles!) was still in its infancy.  It’s not about making and enforcing a new set of religious rules, but edifying the church by teaching people to think theologically about their lives and relationships. 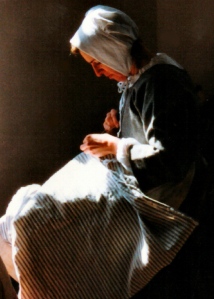 t’s easy to read Paul’s words in 1 Corinthians 11 about women covering their heads during worship as a quaint relic of a bygone day.  Nobody does that anymore, we might think, so we can just skip that part.  But if the previous post in this series is correct, if Paul is in fact addressing yet another instance of a misuse of Christian freedom, then there are still important applications of the passage we should consider.

As has been suggested repeatedly in previous parts of the letter, there were Christians in Corinth who took their freedom in Christ to extremes.  It’s about grace, not about rules of righteousness, they seemed to reason, so I can pretty much do anything I want (6:12, 10:23).

Paul doesn’t disagree that grace brings freedom, but corrects their misunderstandings (e.g., 6:15-17; 10:20-21), and tries to give them a better understanding of what freedom is for: to pursue what is beneficial and to glorify God (6:20, 10:31).  That is the timeless truth that cuts across cultures and situations.  Thus, even if women have the freedom in Christ to pray publicly with heads uncovered, this and other personal freedoms are not to be asserted independently as sovereign individuals.

If this is the right interpretation of a difficult and somewhat obscure passage, then we should note that Paul may be, in essence, defending a cultural custom for the sake of humble unity in the church.  How do Christians respond to such customs?

If I were wearing a hat outdoors, I wouldn’t follow the custom of doffing it to every woman I met.  But as I said in  an earlier post, I would take it off when entering a church.  I have the freedom not to; on or off, it’s not a matter of eternal destiny.  But what if others were offended by my seeming lack of respect?  What if it distracted others from worship?

Are there cultural customs which we have the freedom as Christians not to follow, but perhaps should in specific situations, for the sake of others?