(2 of 8 in a series for National Marriage Week)

(Note: due to a software glitch, subscribers may have received a broken link to yesterday’s post.  If you wish, you can navigate back to it using the link to “Single-Mindedness” at the bottom of today’s post.) 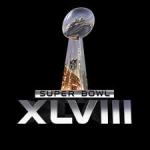 The Super Bowl is over, and Bronco fans with long memories are in mourning once again.  In stunning fashion, the Seahawks have demonstrated the coaching mantra that defense wins championships.

It’s just not so great for marriages.  (I mean defense, not the Super Bowl.  Don’t pelt me with your leftover guacamole.)

Most competitive sports are “zero-sum” games: for every +1 in a team’s win column is a +1 in someone else’s loss column.  There is no such thing as a “win-win” situation.  You win, or you lose: there is no sharing and no in-between.

Think about the last argument you had with your spouse, or anyone else important to you in some way.  Recall how it felt.  There it is: that zero-sum attitude, the compulsion to win, or perhaps more fundamentally, to not lose.  Conflict can take on a life of its own, as the argument goes around and around and around, ad nauseam.  If you were to interrupt a couple who have been arguing like this for several minutes, they might not be able to remember how the conflict got started.  In fact, they might not even be able to articulate what the argument was about.  They only know one thing: I’m not going to take this lying down.  No matter what, I’m going to win.  (Okay, maybe that’s two things.  But they’re really closely related.)

In subsequent posts, I’ll make suggestions as to the behaviors and attitudes we need as Christians to ease marital tensions, such as committing ourselves to listen humbly to our spouses, and emphasizing the positive instead of the negative.  In the final post, on Valentine’s Day, I’ll suggest an alternative to the zero-sum game: in marriage, God joins two into one.  Win-lose can be supplanted by win-win, if we share the commitment to do what’s best not simply for ourselves, but for the marriage.