RELATIONSHIP QUESTIONS (#36 in a series)
To access previous posts in the series, use the “Relationship Questions” link under “Categories” and the “Older Posts” button.

What if I’m willing to work on improving our marriage, but my spouse isn’t?

I’ve been asked some version of this question many times, when presenting marriage workshops or seminars. I was asked again recently, when teaching about humility and compassion in marriage.

I understand where the question is coming from. It’s frustrating when it seems like you’re the only one in the marriage who’s willing to do something to make things better. It feels unfair, like having to shoulder too much of the responsibility and the blame. 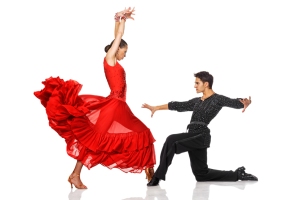 First, the psychological. As the saying goes, “It takes two to tango” (or “tangle,” as the case may be). Whenever we’re in conflict with someone else, it’s easy for us to see the other person as the villain of the story, and ourselves as the hero. And sometimes, that’s more or less accurate.

More often, however, we’re stuck in a chicken-versus-egg loop of mutual blame. Both of us think the other person “started it.” Both of us think we’re just reacting reasonably to the other person’s provocation. The cycle of blame and defensiveness goes around and around in a downward spiral, both people feeling hurt and aggrieved, neither willing to accept responsibility.

Trying to settle whose fault it “really” is will get you nowhere. If anything, given our immense, self-serving capacity for deceiving ourselves, going that way will only make things worse. Somebody has to bite the bullet and make the first move. Somebody has to be willing to change, and mean it.

Is it “fair”? No. Ideally, both parties would spontaneously admit their own contributions to a conflict and strive for change together. But that’s not how it usually works. One person usually has to humble him- or herself first, and then — hopefully! — the other will follow suit, when it’s clear that the first person truly means business.

The first person’s humble willingness to change, however, guarantees nothing. And that’s where the theological answer comes in.

It doesn’t help to do the “right” thing for the wrong reasons. “I’ll change if you change” may seem more fair, but it sends the wrong signals: “I don’t really think I’m to blame here, but I’m willing to do something different if it means getting you to do what you should have done in the first place.” Indeed, the other person may resist change for a while just to see if your newfound humility is just another manipulative ploy. Only when they see evidence of your commitment will it feel safe to take responsibility for their own attitude and actions.

“What if I put in the effort to change and my spouse does nothing in return?” While it’s perfectly understandable that we’d hope for reciprocity, that’s not a truly humble stance. We don’t try humility as a tactic for achieving some other practical result. We pursue humility because we realize that this is the character of God, as demonstrated in Jesus, and that we are called to be like him.

“What if my spouse doesn’t want to change?” There’s no single right answer to that question. But let me ask a series of parallel questions in response. What if you were God, wanting to repair the relationship that was broken by sin? Would you take the initiative by sending your Son to die unfairly on a cross? Would you do it if you knew that many people, despite that sacrifice, would refuse to believe or change their ways? Or would you just say, “Forget it”?

You already know the answer. And because of that, we know that we’re called to do the right thing for the right reasons.