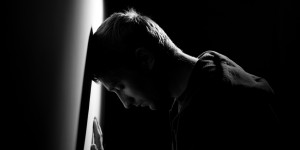 Maybe you feel sure that God has called you to a particular vocation. But the road seems long and full of surprising twists. You begin to doubt whether you really are called. You’ve had your mettle tested, and sometimes, you failed.

Yes, it’s possible you were mistaken. Yes, the tests may be telling you something about yourself that you need to heed.

But it’s also possible that you just need to keep your head up and be patient.

The apostle Peter is justly known for his headstrong enthusiasm and overconfidence, his minor gaffes and major failures. While most of the other disciples have no more than bit parts and walk-ons in the gospels, Peter often gets center stage — and mostly, his role is anything but heroic.

He rightly declares Jesus as the Messiah, then a second later is being sharply corrected by Jesus for getting in the way of the mission. He’s one of only three disciples Jesus takes up on the Mount of Transfiguration, and he’s so flustered at what happens he begins to babble needlessly. He starts to walk on water, then sinks. He refuses to let Jesus wash his feet, then blurts out that he wants a whole bath. He swings his sword wildly and lops off someone’s ear, only to have Jesus put it back. He promises to stand with Jesus no matter what, then deserts him in Gethsemane, skulks about in the shadows, and denies even knowing him, not once, but three times.

This is the one Jesus renamed the Rock. This is the guy upon whom he said he would build his church.

Honestly, if you only had the gospels as Peter’s work résumé, would you hire this guy?

And then comes Pentecost.

From the beginning of the book of Acts, the men formally known as Jesus’ disciples are now called his apostles.  They don’t just follow Jesus’ teaching; they are appointed to bring the message of his life, death, and resurrection to others. And just as Peter was the most prominent disciple in the gospels, so is he the most prominent apostle in the early part of Acts.

But something’s changed. Imagine a “before and after” pair of portraits of Peter. Before: here’s Peter in the high priest’s courtyard, loudly insisting he’s got nothing to do with Jesus. After: here’s Peter in the precincts of the temple, loudly proclaiming the gospel of the resurrected Christ.

Before. After. What happened in-between?

For one, he’s tasted both the bitterness of his act of betrayal, and the sweetness of forgiveness and restoration. Who knows what else the risen Jesus said to Peter as they walked along the beach (John 21)? Who knows what conversations they had in the days between Easter and the Ascension? Peter, one hopes, has grown in wisdom and maturity.

Obviously, however, what Luke wants us to know is that Pentecost is what happened between the before and after. The Peter whom God used to bring 3,000 people into the fold had been filled with God’s Spirit.

That’s not to say that he suddenly had a radical change in personality; he might still have leaned toward impulsive words or rash behavior. Nor is it to say that he never made mistakes, even in matters of faith, as his conflict with the apostle Paul suggests (Gal 2:11-14).

But it is to say that God himself empowered Peter in his vocation through the Holy Spirit, despite Peter’s lackluster beginning as a disciple.

To have a vocation, first and foremost, is not to be called to a career, but to a relationship with God. Career-wise, we will have our successes and failures, and there’s much we can learn from both. But when it comes to vocation, our first priority is to pay attention to our relationship to the one who calls. When we do that, God will give us what we need to do what he wants us to do.