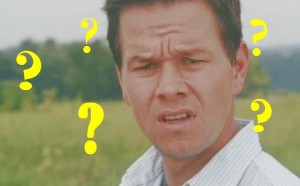 I recently read of a young man who was bewildered by something his girlfriend said to him. They were driving along in his car, and she mentioned that she was confused by the fact that she could see both the sun and moon in the sky at the same time.

Puzzled, he replied that it happens all the time. “But how can that be?” she persisted. “The sun and the moon are the same thing.”

He was at a complete loss to know how to convince her otherwise.

At the end of chapter 12 of his gospel, the apostle John narrates what we might call the end of the beginning. From the opening verses, he has given us a portrait of Jesus as the True Light who has come into a darkened world to bring life and salvation. He has performed numerous “signs” meant to point people to his Father. And he has entered the city of Jerusalem to the loud acclaim of the crowds who have come to celebrate Passover. These will be the final moments of his public ministry.

And what John emphasizes is that people still don’t believe.

If we read a bit between the lines, John seems almost perplexed: “Jesus had done many miraculous signs before the people, but they didn’t believe in him” (John 12:37, CEB). How could they not believe in someone who had the power to feed the masses, heal the incurable, and raise people from the dead? The only way to make sense of it is to reach back into the Scriptures: “This was to fulfill the word of the prophet Isaiah: Lord, who has believed through our message? To whom is the arm of the Lord fully revealed?“ (vs. 38).

John, writing his gospel in hindsight, cites the opening of Isaiah 53, seeing in Jesus the fulfillment of the prophecy of the Suffering Servant, who was despised, rejected, and “carried the sin of many” (Isa 53:12). It was necessary that the Servant be rejected for prophecy to be fulfilled.

Indeed, John reaches back even further to the terrifying vision of God during which Isaiah received his commission as a prophet. He cites Isaiah 6:10 as an explanation for the people’s unbelief — as did Jesus before him (Matt 13:14-15; Mark 4:12; Luke 8:10).

“Isaiah said these things,” John insists, “because he saw Jesus’ glory; he spoke about Jesus” (John 12:41). That’s not to say that Isaiah envisioned something like a photograph of Jesus in his mind’s eye. But the same prophet who saw the glory of God in the temple and was nearly undone by it also saw the glorious providence of God in the suffering of the divine Servant. For Isaiah, these manifestations were all of a piece, as they were for John.