In previous posts, we’ve seen how various people who were in Jerusalem for the Festival of Tabernacles responded to Jesus. Some believed in him, because they had been impressed by his miraculous signs. But others were angered by his words.

Sooner or later, we’d expect to hear what the Pharisees thought about all this. And indeed, John tells us: “The Pharisees heard the crowd whispering such things about Jesus, and the chief priests and Pharisees sent guards to arrest him” (John 7:32).

What “things” did they hear the crowd whispering? That Jesus was probably the Messiah. And I would imagine they would have known the whisperings of the locals as well: Hey, isn’t this the one the leaders want to kill? Why are they leaving him alone? Could it be that they secretly believe he’s the Messiah too?

Thus, the chief priests and Pharisees — who were not exactly the best of friends — joined forces to have Jesus arrested (which may be John’s way of saying that this was an act of the Sanhedrin, the ruling council).

Therefore, Jesus said, “I’m still with you for a little while before I go to the one who sent me. You will look for me, but you won’t find me, and where I am you can’t come.”

The Jewish opposition asked each other, “Where does he intend to go that we can’t find him? Surely he doesn’t intend to go where our people have been scattered and are living among the Greeks! He isn’t going to teach the Greeks, is he? What does he mean when he says, ‘You will look for me, but you won’t find me, and where I am you can’t come’?” (John 7:33-36)

To me, the situation is almost comical. The Sanhedrin has sent officers to arrest Jesus. That may not mean that they intended to drag Jesus away on the spot — not in front of the crowds, anyway, some of whom had come to believe. But the situation is a dramatic one: here are the officers, lingering on the edges of the crowd, waiting for the right moment to drag Jesus into custody.

Then Jesus speaks, cryptically, of his resurrection and ascension, and his opponents fall to arguing among themselves. Did John mean the officers who had been sent to arrest him? The chief priests and Pharisees who had sent them? Both? 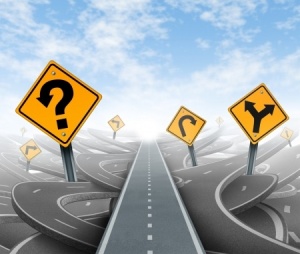 Whatever the case, I imagine people waiting to pounce, then suddenly cocking their heads at Jesus’ words. Huh? What did he say? What does he mean by that? Where is he going? Is he going to leave Jerusalem and go to other Jews scattered about the empire? Wait — is he saying he’s going to go to the Gentiles??? What’s up with that?

If not comical, the scene is at least deeply ironic. Jesus knows how the story will turn out, but his opponents do not. They do not know that the kingdom Jesus is bringing will indeed spread outward from Jerusalem.

They do not know that the gospel will go to the Jews in the Diaspora, and that many will believe.

They do not know that a man named Saul, himself a zealous Pharisee, will be caught up by Jesus on the Damascus road and sent out to work through the scattered synagogues of the Diaspora to reach Gentiles.

But John knows. And I imagine him smiling as he writes.