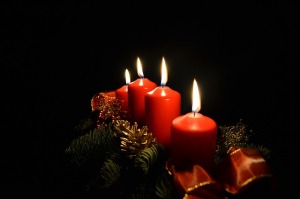 Even after all these years, I’m not sure I really grasp the importance of the Incarnation. We celebrate it. We sing about it. But do we understand it?

I’m not saying that it will ever be possible for us to comprehend it fully. There is already so much about our own human existence we don’t understand, let alone the union of the divine with the human. We accept by faith that it happened, but neither faith nor reason can explain to us how.

Rather, the question I’m asking is about the practical implications of accepting the fact of the Incarnation. Theologians explain that the second person of the Trinity had to become human in order to represent our humanity on the cross and pay the penalty for our sin. But as I am sometimes overly fond of saying, Jesus wasn’t merely born to die, he was born to live, to show us what life in the Spirit and the kingdom of heaven might be like.

The Incarnation means that God has taken the initiative to bridge the gap between the divine and the human. Our humanness, in all its brokenness and imperfection, is thereby transformed.

But not completely. Not yet.

To say that Jesus was fully human requires that he faced the same struggles we do. Yet, empowered by the Spirit, he overcame them, in a life of obedient love for the Father. To say, as Paul does, that we have the Spirit of Jesus means that we too can follow in his steps.

Yet we are all too aware of our weaknesses. The church that is supposed to be the body of Christ is terribly fallible. We can be petty and impatient, power-hungry and insensitive. And in that sad state of affairs we are no different than the churches with Paul struggled, like the congregation in Corinth.

And still Paul loved them like a father and reveled in the fact that the Holy Spirit was active in their midst. They were, all at once, both an outpost of the gospel and a seriously messed up bunch of people.

The Incarnation does not mean that the divine takes over in a way that human fallibility is erased. That’s important to our understanding of the church. We can either expect the church to be full of people who are just like Jesus and be disillusioned when they show that they’re not, or expect it to be full of broken misfits who, to our astonishment and joy, sometimes get it right.

As individuals and communities grow in Christ, we should expect to see more and more of what’s right and less of what’s wrong. But we have to start with a realistic appraisal of where we are now. If we’re honest, we’re probably nowhere near as far along in the process as we might like to think.

Take time this Christmas to ponder the implications of the Incarnation, of God in the flesh. God’s story has to come to us in the form of imperfect human language, and the gospel has to be embodied in the lives of imperfect human beings. The miracle is not the we always get it right, but that we get it right at all.

And maybe, against the background of our frustration and disillusionment with the church, that fact can be received as a gift.