Perhaps you’ve had it happen to you. You’re having a disagreement with someone, but he has little to say. You press your point, but he still doesn’t respond, so you assume that he’s taking it in. Eventually, you part company relatively peaceably, and you think, Well, that went better than expected. 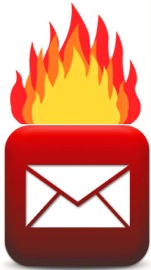 And then, a day or two later, you get a flaming email. He dresses you down for a variety of sins, real or imagined. In resentment and exasperation, you wonder, For crying out loud, why didn’t he say any of this before? And whether you mean to or not, you can’t help but suspect some kind of character defect. What a wuss. Why can’t he face me like a man?

Now imagine someone thinking that way about the apostle Paul.

As we’ve seen, the letter we know as Second Corinthians was occasioned by a terrible conflict that erupted on Paul’s second visit to the congregation. The situation apparently worsened to the point that he decided to withdraw to Ephesus. But from there he wrote a letter demanding their repentance.

It was the right move; the people responded positively and took appropriate action. But reading between the lines of Paul’s words, it seems that his opponents then took advantage of his behavior to continue undermining his credibility:

I myself, Paul, appeal to you by the meekness and gentleness of Christ—I who am humble when face to face with you, but bold toward you when I am away!—I ask that when I am present I need not show boldness by daring to oppose those who think we are acting according to human standards. … We are ready to punish every disobedience when your obedience is complete (2 Cor 10:1-2, 6, NRSV)

The NRSV gives us “humble” and “bold”; the Common English Bible has “shy” and “bossy.” Paul is probably quoting the argument being made against him: How can you trust a guy who hasn’t got the guts to confront you to your face?

But Paul, of course, is no shrinking violet.

There’s a world of difference between being unable to confront and consciously choosing not to. He repeats his opponents’ language of boldness and turns it around, reaching out to the more sensible members of the congregation: The people who are criticizing my so-called lack of consistency are judging by human standards. If they want consistency, fine — when we come, I can be “bold” then too. But please, for your sake, I’d rather not. We’re ready to punish any disobedience, but obedience would be better!

Paul’s handling of the conflict isn’t spinelessness. It’s the meekness of Christ. It’s not powerlessness but the restraint of power in pursuit of a higher goal — obedience to the gospel. Paul works overtime in Second Corinthians to strike a difficult balance: for the church’s sake, he must defend his apostleship without being defensive in a self-serving way. He can’t make the issue about himself, because it is ever and always first about the gospel of Jesus.

Paul’s opponents, of course, are not the only ones interpreting his behavior from a worldly point of view. Some of the Corinthians must be as well, else the criticism wouldn’t stick. So often, in the life of faith, the battle isn’t about behavior but ideas, about ways of thinking.

And make no mistake: Paul is ready to fight for the minds of the Corinthians. More on that in the next post.