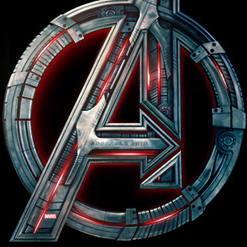 When last we saw our heroes, they were together, suffering a near catatonic state from eating too much shawarma (what, you didn’t stay through the end of the credits?).

Good news, Marvel fans: they’re back — and they’ve brought along some familiar old friends from the other franchises. New characters have also been added to the party, including the Maximoff twins, Quicksilver and the Scarlet Witch (Aaron Taylor-Johnson and Elizabeth Olsen), and Vision, the android (Paul Bettany, who voices Tony Stark’s JARVIS).

(Side note: it puzzles me that a different and snarkier Quicksilver has already been introduced in X-Men: Days of Future Past, played by Evan Peters, who will apparently continue with the character in the next installment of the X-Men franchise. Once you’ve seen A2, this seems like a rather glaring disconnect in the Marvel universe.)

Let me begin with the things you may want to know about the family-friendliness of the film. First, as you would expect, the action sequences are furiously and dizzyingly paced. The violence is mostly humans vs. machines, but too intense (including a tragic though not gory death scene) to recommend bringing smaller children. Second, the budding romantic relationship you may already have heard about is PG-appropriate. And finally, the straight-laced Captain America (Chris Evans) chides Tony Stark/Iron Man (Robert Downey Jr.) for using “language”; this becomes a running gag that culminates with Cap giving into a moment of colorful verbiage himself.

(And yes, there is one brief final scene during the credits that sets up the next movie. But it comes near the beginning of the credits; you don’t need to stay until the end.)

My concern, before I stepped into the theater, was the same one I had before A1 came out: there would be too many stars to manage, and too many characters to make for a coherent or compelling story — or heroes you might genuinely care about. A1 ended up being one of the most successful movies of all time; how does writer/director Joss Whedon follow that act?   “More is better” is a risky gambit. But as long as you’re expecting popcorn rather than Pride and Prejudice, Whedon’s A2 succeeds. Hey, even Thor (Chris Hemsworth) is funny when he’s not hammering things.

The amped-up action begins from the opening scenes as the Avengers recapture Loki’s scepter from a Hydra stronghold. Stark, unsettled by his experiences in A1  and his latent fear of the earth’s and the Avengers’ destruction, wants to use the scepter’s power to create a high-tech protector of the peace. He knows, however, that his colleagues wouldn’t approve, so he privately cajoles Bruce Banner (Mark Ruffalo) into helping him create Ultron (voiced by James Spader). But as any science-fiction aficionado (especially fans of Michael Crichton) could probably tell you, such hubris cannot go unpunished; by Ultron’s coldly independent logic, saving the earth means destroying humanity.

With a setup like that, the film could devolve into pure mayhem, and there is certainly mayhem aplenty. But Whedon wants character, too, and creates some quieter scenes of surprising resonance. Drawing on comic book convention, he mines depth from the tension between the public and private lives of sometimes reluctant superheroes. Banner/Hulk and Natasha Romanoff/Black Widow (Scarlett Johansson), who are already deeply conflicted characters, are here given some room to develop. Clint Barton/Hawkeye (Jeremy Renner) is given some much-needed backstory, and has some of the best lines of the script (am I the only one who thinks we need a Hawkeye/Widow prequel?).

Not even Ultron is allowed to be purely one-dimensional; Whedon endows him with some of Stark’s wise-cracking persona. What other rogue robot do you know who can be sarcastic, throw a hissy fit, and quote both the Bible and Nietzsche?

High-testosterone heroism abounds (Cap to the team: “If you get hurt, hurt ’em back. If you get killed, walk it off”). But the message from A1 carries through its sequel: this group of rugged individualists must work together as a team to accomplish their mission. It’s Stark who violates that code at the beginning, and Stark who holds them to it at the climax.

The more controversial question — delivered as Cap scolds Stark — is whether it’s possible to have peace through the pre-emptive creation and deployment of destructive technology. Here, the script seems ambivalent. Stark simply can’t let go of his megalomaniacal impulse to fix the world. At first, he seems to have Learned His Lesson. But that moment of humility eventually dissolves into a “But we can get it right this time” attitude that forces the Avengers into battling each other over the right thing to do — until Thor, the only god among them, unilaterally decides the matter with a bolt from his hammer.

That’s the theological question at the heart of the story: who gets to play god? Stark? Ultron? Perhaps even Vision? Whedon doesn’t quite answer the question. But with the pace of our technological development, we often find ourselves holding a self-justifying power that outstrips the development our moral wisdom. Who gets to play god, and how? It’s a timely discussion for those who claim to worship the one true God.